Sweet Sanctuary by Sheila Walsh and Cindy M. Coloma -- a story about a single mother and her son living in a small coastal town in Maine; Wren has to work through some sibling issues after her grandmother comes to town wanting to throw a birthday party for herself; a library book my mom had on hand that I decided to read

Talk of the Town by Lisa Wingate -- yet another library book my mom had that I decided to read. I need to read more serious books, but she keeps throwing these my way!  This book is told by two women - the chapters alternate between the voices of Hollywood TV producer Mandalay Florentino and small-town widow Imagene Doll.

Undaunted Courage  by Stephen E. Ambrose -- I got this book at a book exchange sometime last year. I decided to start it on January 1, read a little most days and see how long it took to finish. Well, I had nearly all of it read by the end of January, but didn't care to rush through the last fifty pages so I could add it to last month's book list.  Instead, I whittled away on those last few pages, and finished it February 8.  This book is about Lewis and Clark's expedition to the northwest.  It focuses on Meriwether Lewis' life (his first name was his mom's maiden name in case you were curious).  There were many interesting tidbits throughout this book. I didn't realize Lewis had such a close relationship with Thomas Jefferson.  Nor did I realize blue beads were such prized trade items with some of the Indians the explorers encountered.

This book told of encounters were grizzlies (yikes!  Eight balls passed through one bear before he was shot in the head and killed p. 224), the value of beavers, how the Indians passed around their women for the explorers' use (yuck, yuck, yuck...no wonder they all had STDs!), and the men were flogged - like Saudi Arabia does now - if they did really wrong (like falling asleep on guard duty!  Serious stuff!)

I made note of the White Cliffs mentioned on page 228 as the author said he had been several times and it was very beautiful.

By the way, the explorers sometimes "enjoyed" dog meat when elk wasn't available or even when they tired of elk.  Apparently some Indian tribes raised dogs for food, whereas, others would not eat dog meat even if there was nothing else.


This was something I shared on Facebook because I found it funny/interesting.

"Dispensing with Drouillard and the sign language, he decided to use a translation chain that ran from Sacagawea, speaking Shoshone to the Indians and translating it into Hidatsa, to Charbonneau, who translated her Hidatsa into French, to Private Francis Labiche, who translated from French to English." (pg. 277)


A Garden in Paris by Stephanie Grace Whitson -- my mom saw this was about Paris so she brought it from the library for me. It was OK; nothing spectacular, but it did make me want to move to Paris!

Turning the Paige by Laura Jensen Walker -- another Getaway Girls novel.  Hah. What can I say? My mom has supplied me with library books so far this year!  This one was about a thirty-something lady who was left caring for her somewhat suffocating mother.  I rather enjoyed it especially when she and her sister visited Scotland. Made me want to go!


Preemptive Love: Pursuing Peace One Heart at a Time by Jeremy Courtney -- I got this book for Christmas. I can't remember now who recommended it, but I recall putting it on my Amazon wishlist last year.  This book is about a man and his family and friends and many others who wanted to help the children in Iraq who were hurt by life there. So many with heart defects, in need of surgery - yet there were few able to get help.  Such a wonderful story of pursuing peace, offering life in spite of fear and secret police and tribal folks who want to make life hard for you.  I really appreciated many things about this story.


Claire Knows Best by Tracey Bateman -- a cute, light, somewhat amusing fiction book from the library telling of an author Claire and her four children, exhusband, his wife, Claire's boyfriend, and such.   This book takes place after a tree fell on her house during a tornado.

Close Your Eyes by Amanda Eyre Ward -- a story about Lauren whose mother was killed when she was a child, and her dad was charged with her murder; Lauren travels back to her childhood home in New York to follow some leads about the case

Tropical Fish by Doreen Baingana -- these were "tales from Entebbe," a place in Uganda.  Somewhat interesting stories from three sisters at boarding school, at work in Entebbe, and for one, coming to America and then back home again


You've Got Libya by Greg Livingstone -- I can't remember who recommended this book last year, but it was on my wishlist and I got it for Christmas.  Not the best book ever, but it was pretty neat to see how God used this unwanted child born to an unmarried couple in 1939.  Quite an adventurous soul!


I Love Claire by Tracey Bateman -- another book in the Claire series. I realize now that I read books two and three without the first one. Still a cute story, and I could follow it fine.


Facelift by Leanna Ellis  -- another easy read from the library; a lady who has her ex-mother in law come live with her after a botched face lift.  The book is about more than that, of course.  It deals with issues as a single mother raising a teenaged daughter.

3 -- walked in downtown Graham; bought blue-framed, lace-and-burlap thing for the house from Amy at The Main Line

5 -- cannot remember anything special, but let's take a minute to remember six years ago during this time when Andrew and I were visiting Syria for twelve days (we did this remembering several times throughout these first days of February: great memories!)

6 -- visited a thrift store, and two consignment shops - bought nothing; Zach did a bunch of pages in his preschool workbook

7 -- Steve Austin came by to put the screens in our windows; Zach and I visited Hawfields cemetery to find the "old rugged cross"


8 -- gorgeous 72-degree day; opened three windows (screens were put in just in time!); spent two hours at the park with Zach; he played with siblings, Abby and Noah; I met small twins named Roy and Etta


9 -- Zach and I explored the grounds near the library, arts house and children's museum in downtown Graham

10 -- went to Southpoint in Durham with Andrew and Zach; Stephanie's birthday

11 -- woke up to the very sad news about the three young people who were murdered in Chapel Hill the evening before.  Chapel Hill is about thirty minutes from me in the neighboring county, and the fact that the man, at least, was Syrian-American and the three of them just looked like enthusiastic, friendly people whom I would have loved to have known...and apparently they had hearts of gold...it saddens me that the world has been deprived of them in such a cruel way! 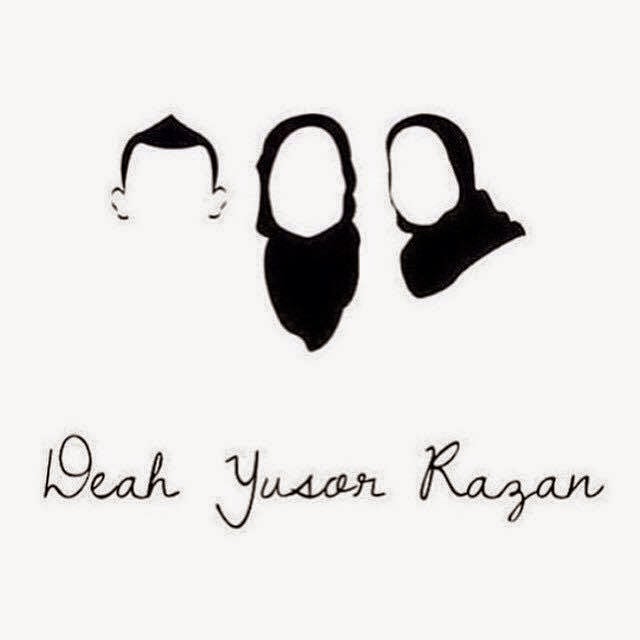 Here is a brief story about their funeral held today in Raleigh, my state capital. This was said by one of the victims, Yusor, in an interview last year:

"Growing up in America has been such a blessing," she said. "And, you know, although in some ways I do stand out, such as the hijab I wear on my head, the head covering, there's still so many ways I feel so embedded in the fabric that is our culture. That's the beautiful thing here, is that it doesn't matter where you come from. There are so many people from so many different places, of different backgrounds and religions. But here we're all one - one culture."

I hate her beautiful life was taken away from us!


Zach and I read (mostly) Little Critter books on the deck; we had to enjoy the sunshine while the temps were still warm enough for it to be a pleasant experience


12 -- saw some of Zach's family as they picked him up for a trip to the mountains; also saw Megan and Sophie; went out with Michael and Andrew to the mall (saw Michael's good friend Blake with his dad and sister); got a couple UNC shirts at Dunham's (told Andrew they could be my Valentine's gift); ate frozen yogurt at YoZone (even thought it's so cold outside); 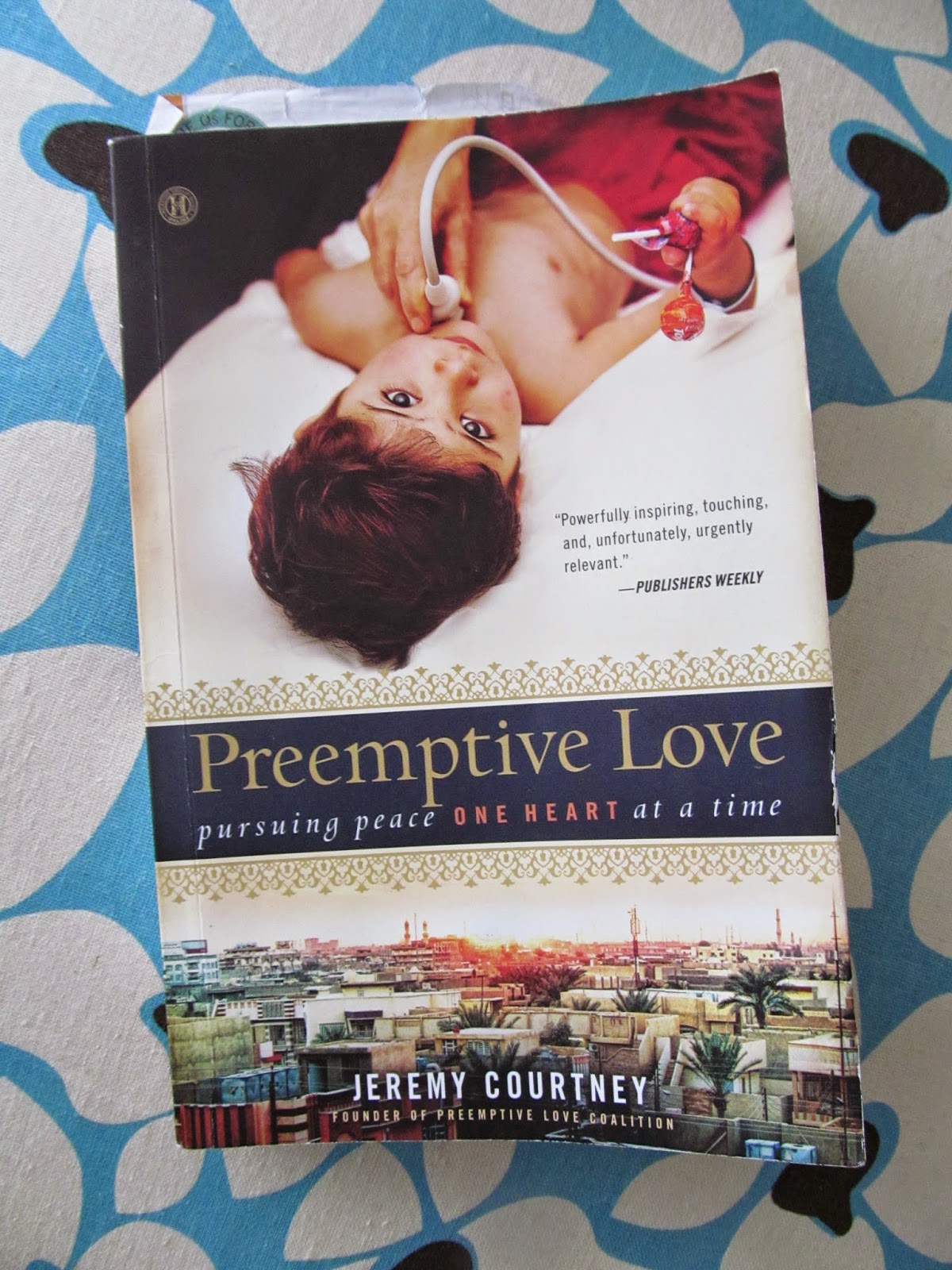 "In spite of my fear, however, I remember being genuinely overjoyed by the mullah's conclusion: 'this treatment may lead our children and ...


13 -- to Four Seasons Town Centre (it's a mall), REI, and Guilford Courthouse Military Park (we walked in the cool air and nice sunshine) with Andrew