17 -- to Crossnore and Blowing Rock with my mom


21-- Sophie's birthday party at the park


It was such a gorgeous day so I decided to keep Zach at the park for a while after the other family members left.  He found these "weeds" growing in the sand, he pulled them out, and "planted" them in the row shown behind him.  He actually did two or three long rows.


He saw this dad playing with his daughter, and they graciously allowed Zach to join them. Another child joined them later.  I discretely took this picture as Carlee was doing her math homework with dad helping and the two other children (Zach and Ellie) looking on.  Zach did not want to leave!

26 -- The house got down to 62 degrees so I had to turn the heat on due to the cold, rainy weekend...brrr.  No air conditioning on in the house so far in 2015.  Daniel kept Zach as part of their sleepover so I didn't visit Zach today.  Zach cried when Daniel left. Will brought Michael and Brycen over to play "21."  Abby and Andrew joined them. 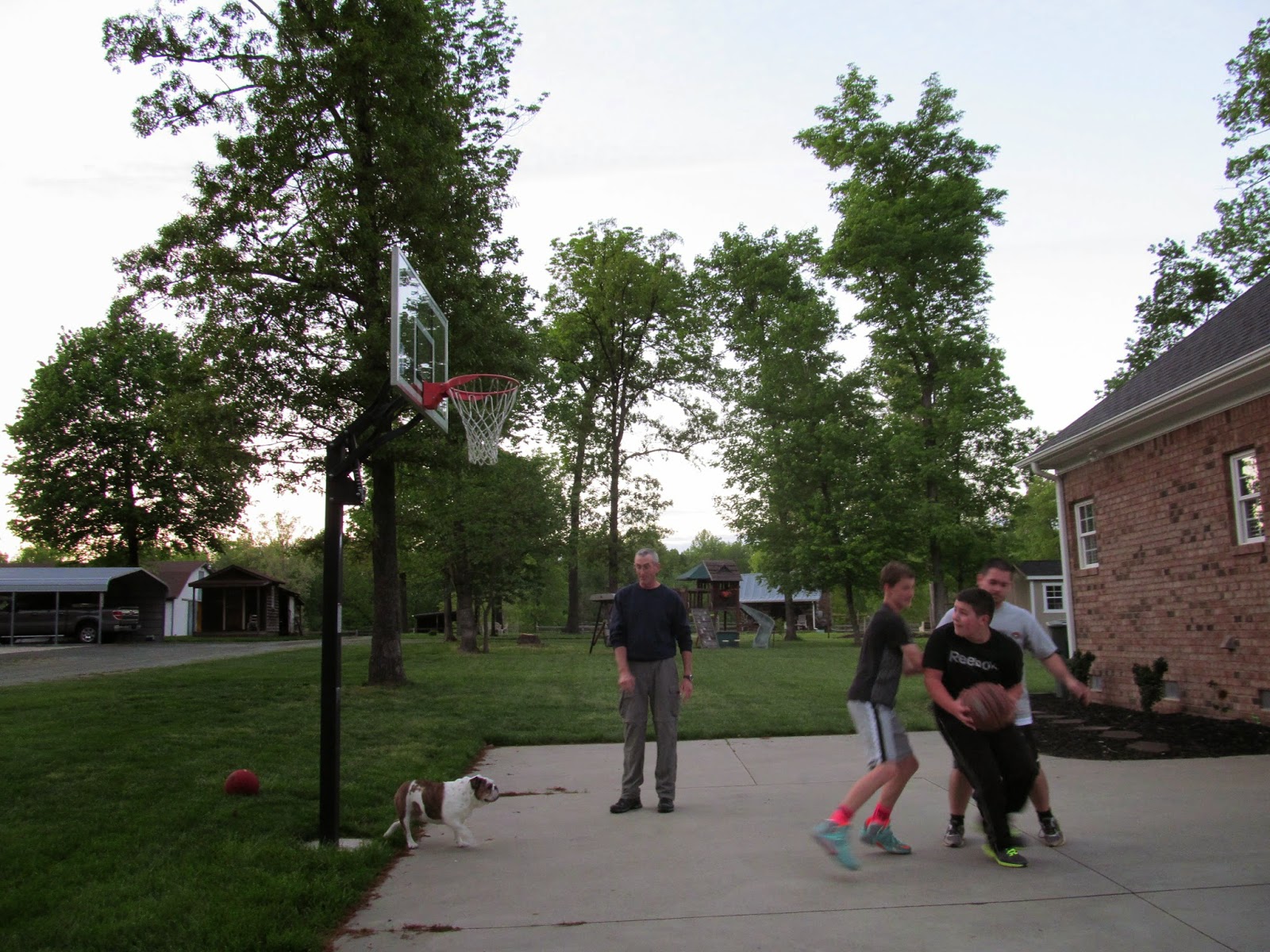 27 -- lovely day so besides remembering our sweet Mema, we went to see crosses in the big cemetery in Graham, played at the playground and crossed the "pond" at Burlington City Park, and went by Blessed Sacrament to see the outside crosses before going to visit NeeNee, Michael and Will!  Fun day! (post/pics here)


28 -- met Zach at the children's museum (stayed 2.5 hours), to Chick-fil-A for free birthday ice cream (and ate a little lunch while we were there), to Joe Davidson and Beth Schmidt parks before coming back to my house


29 --another fun, full day with Zach: children's museum and hanging out at my house (read books, played on 'tree house', swing, watched Mr. Tuck till the soil, rode the wagon, saw the horse, told each other we were tired of one another...stuff like that.) 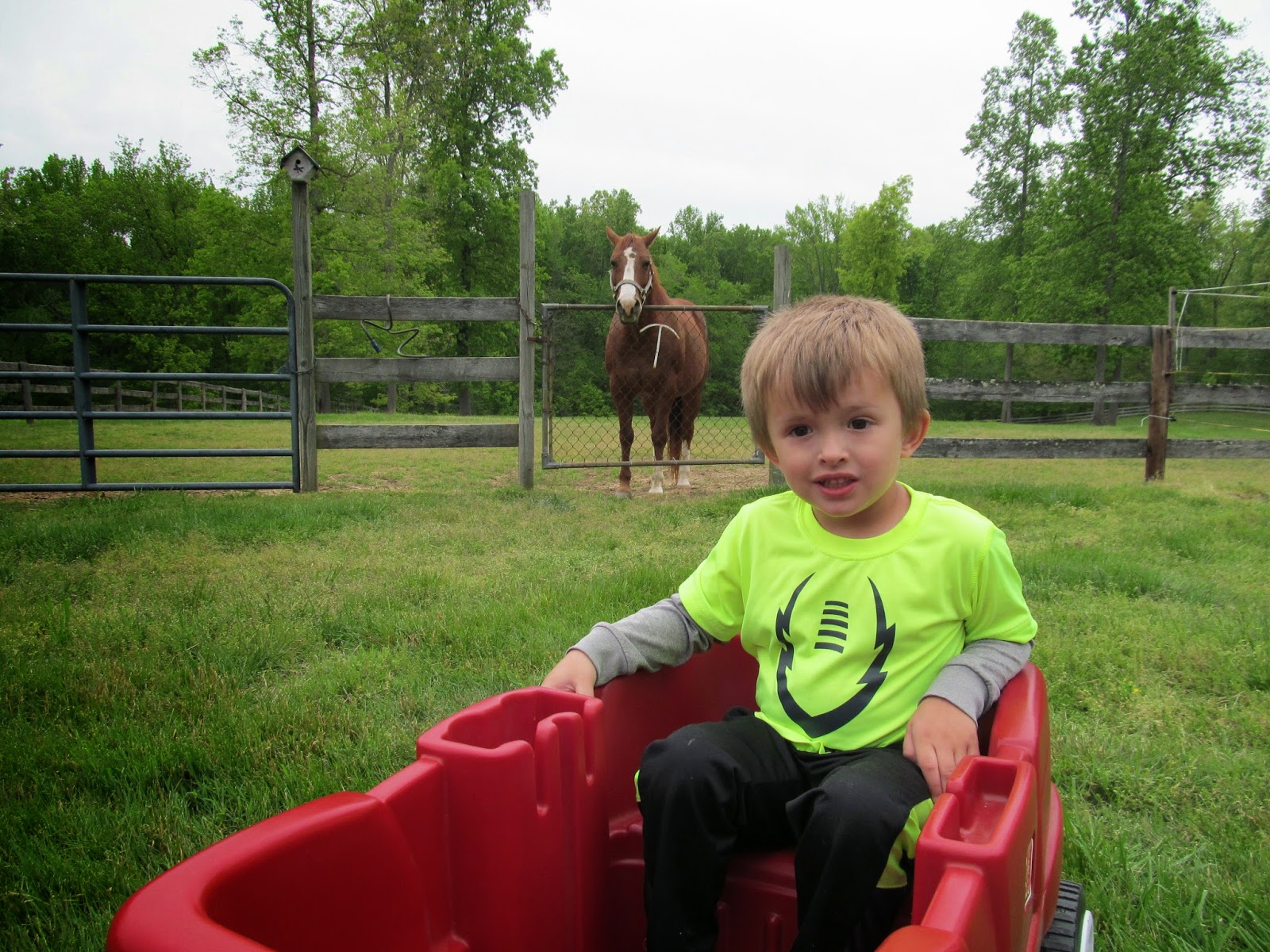 Also!  I watched from my computer in North Carolina as Samer turned 30 at midnight in Germany which was, of course, April 30th there, but only 6 PM on April 29 at my house!  Andrew got home just in time to witness this as well! :)


30 -- hung out with some of my favorite people, Sophie and Zach; also was able to drop by and get a picture with Michael (we are going out tomorrow since he was going to see the new Avengers movie with some friends) 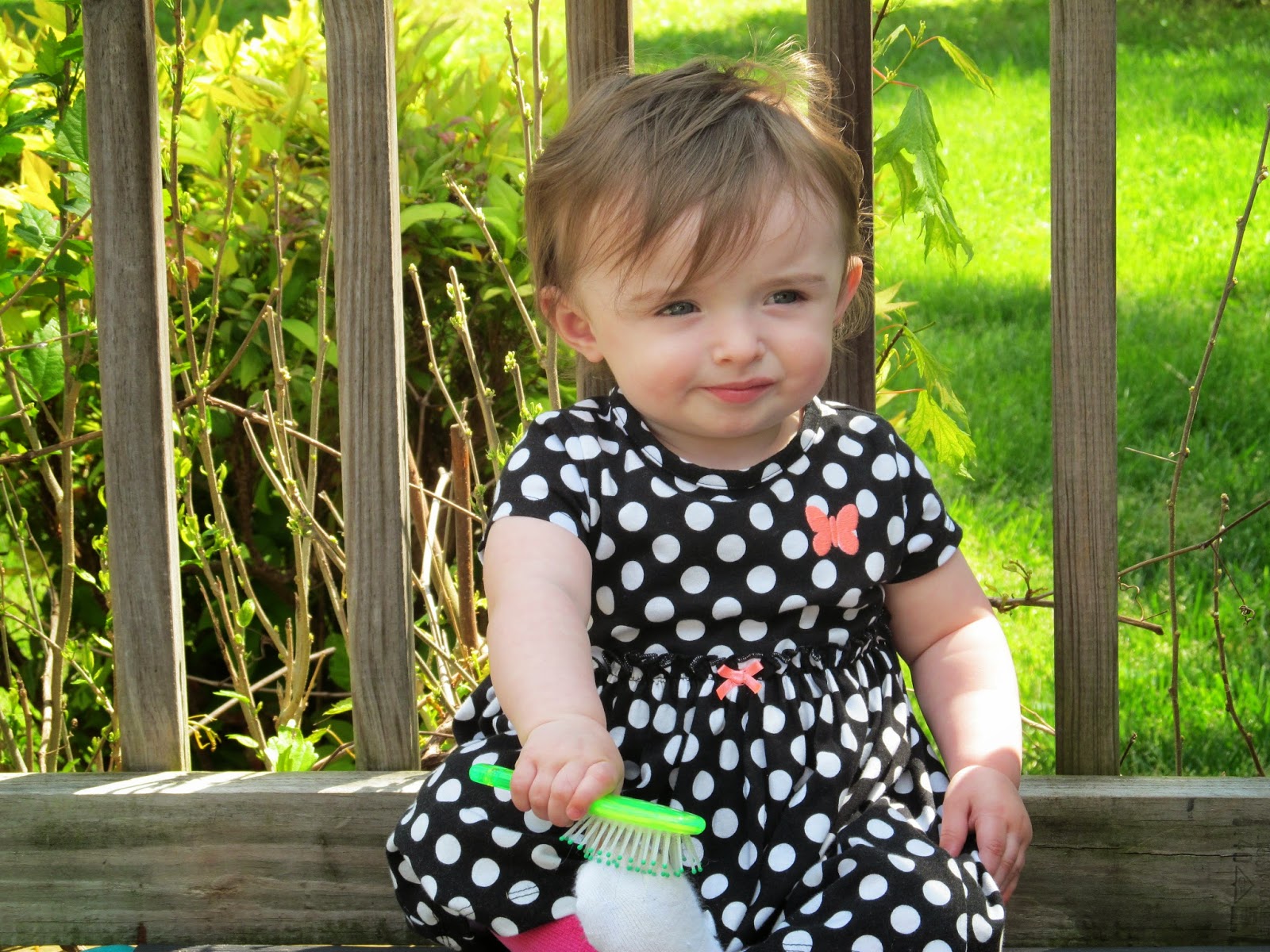 Sometimes I like to begin a big and/or "deep" book on a milestone day such as my birthday or the first of the year.  I will read a bit most days, but not fly through them as I do lighter books.  Guess which one I decided to begin today?

I can't believe four months of this year are already done!

His Other Wife by Deborah Bedford -- what happens when your former husband and his new wife and children come to your son's graduation? Well, this book is one fictional woman's story. Just a library book that was OK. Nothing great, but not bad.


The Scent of Cherry Blossoms by Cindy Woodsmall -- one of those books from the Amish country.  I read a number of them back in the day and stumbled across this one while visiting one of the local libraries.  It's about twins Roman and Aden, and Annie's visit to their area.  Stuff like that.


The Chance by Robyn Carr -- one of those I got at a book exchange; an FBI agent takes a leave of absence, moves clear across the country after getting angry at her critical father, and falls in love with a guy with a mild criminal past; not worth your time, in my opinion

Blood Trust by Erin Van Lustbader -- another from a book exchange; a bit better than the one just above, but I could have done without the overuse of certain words; if you like books about Albanian mobs, human trafficking, and dirty federal agents and high-ranking officials, you may like this one; it kind of reminded me of watching 24...and one of the people's names is Jack, so ...

sMothering by Wendy French -- when her mom unexpectedly arrives for an indefinitely-long stay, Claire reassess her life and, you know, deals with all the fun of having a nitpicky mother around. That sort of thing.

The Bird House by Kelly Simmons -- a pretty cute book about a grandmother and her seven-year-old granddaughter coming together to do a family project. And, of course, dealing with family secrets and stuff.

Inventing Scrooge by Carlo DeVito -- "The incredible true story behind Dickens' legendary A Christmas Carol" -- mostly I liked this book, but there were times I couldn't follow it very well. I did like hearing of the possible inspirations behind the characters in Dickens' famous book. And I learned that his granddaughter named Mary Angela or Mekitty and the other grandchildren called their grandpa Venerables.

Mormons An Open Book: What You Really Want to Know by Anthony Sweat -- I saw this on Amazon awhile back and had it here waiting to be read. It's pretty good. I knew quite a bit of this information already due to following Mormon blogs and just reading books and articles, I guess, but some things were new.


Internal Medicine: A Doctor's Stories by Terrence Holt -- although I wasn't thrilled by the ending nor exactly understanding of how he created the characters in this book, I really enjoyed this peek inside one doctor's life as he goes through various stages of residency.  I was amazed at the way he could figure out which orders to give...and at times by the fact that he was so out of it when he came to dealing with certain people (the Hospice rotation.)  I liked the humanness of this, too.

The Forgotten Seamstress by Liz Trenow -- perhaps a bit predictable, but in no way a terrible book; in fact, I quite liked this story set in England - partly in present times and partly not (though it wasn't terribly far back in history).

Faithful by Kim Cash Tate -- this book follows three good friends and various struggles with sexual purity within their families. I could especially relate to Phyllis as she prayed many years for God to answer a request for her husband only to get hope at times and then be disappointed. Though I don't struggle with having an unbelieving husband (far from it), I do have a situation that I've prayed for God to change and get discouraged about quite often.

In Search of Fatima: A Palestinian Story by Ghada Karmi  -- the tale of a Palestinian who had to leave her country, went to live awhile with family in Damascus, and later grew up in England.  I am not sure where I heard of this book, but I added it to my wishlist and received it.

I wrote this on Facebook to a friend who posted an article about ...something that reminded me of this.


This reminds me of a book I'm reading about a Palestinian family in England in the 1950s. I read this part just last night. The author talked about her brother and how he would go to dance parties, drink beer, and date which her parents had a vague idea about what was happening 'but did not inquire too closely, since Ziyad was a boy and might be expected to do such things.' Also this brother went off on an overnight trip with a Swedish girlfriend and registered them as married. She left a scarf behind so the hotel mailed it to the family's address. She writes, "Ziyad was summoned by our father to explain himself. It was not that our parents begrudged him the chance to sow his wild oats, as they would have us girls. The problem lay in the way he had so crassly broken the unspoken Arab family taboo where such improper actions, though suspected, were never publicised and could be ignored." -- SO MUCH bothered me about this although it's nothing new. If those daughters had done as the son did, they'd probably be hunted down by some deranged uncle or male cousin and killed for the sake of honor!    (pg. 259, 261)

Sorry, but that's one of my pet peeves.


Winter Birds by Jamie Langston Turner -- I may have read this book several years ago as it seemed familiar at times, but it was OK for a reread.  Not the most exciting book unless you enjoy reading the musings of an eighty year old lady spending her winter years with her wordy nephew and his quiet wife.  Not sure this was the best book to read just before my grandma's and my birthdays, but I did.


An Innocent Abroad:  Life-changing trips from 35 great writers -- some of these were much better than others. I tend to enjoy travel memoirs, and this was good in the sense that it was quite a variety, but not so good because the stories were short and sometimes you just wanted to know a bit more.  This did make me wonder what people I know would write about as their "life-changing trip."
Posted by Susanne at 5:32 PM No comments:

Yesterday was a beautiful spring day so Zach and I headed out to explore the area. OK, not the whole area, but we did go somewhere he's never been before: the cemetery in downtown Graham. He likes crosses, and I knew one side of the cemetery had a few.  We headed there first. 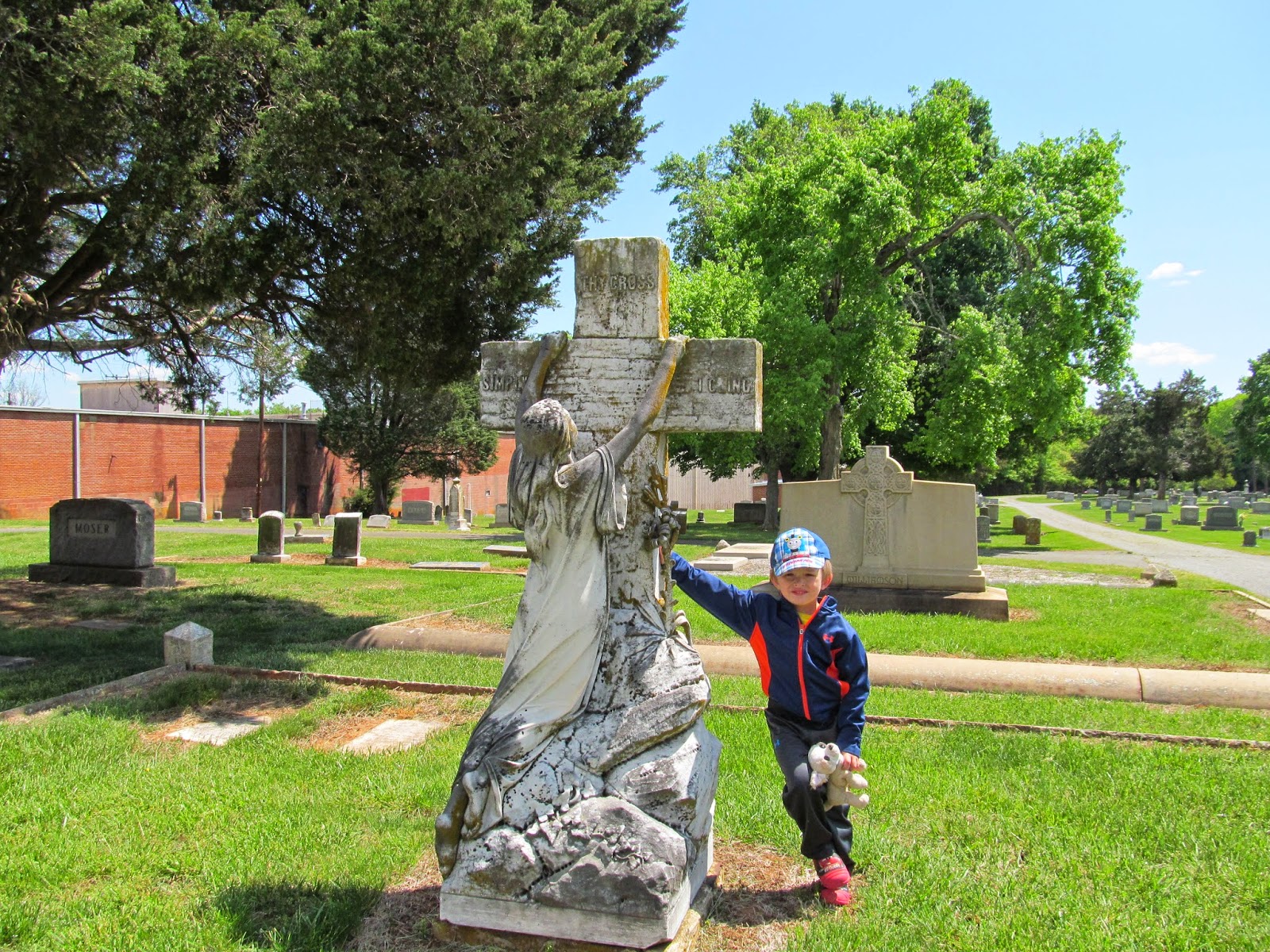 We didn't stay long looking at the graves. Next we headed to the Burlington City Park where Zach made a friend or two,


we looked around a bit,

and later we went down to the "pond." 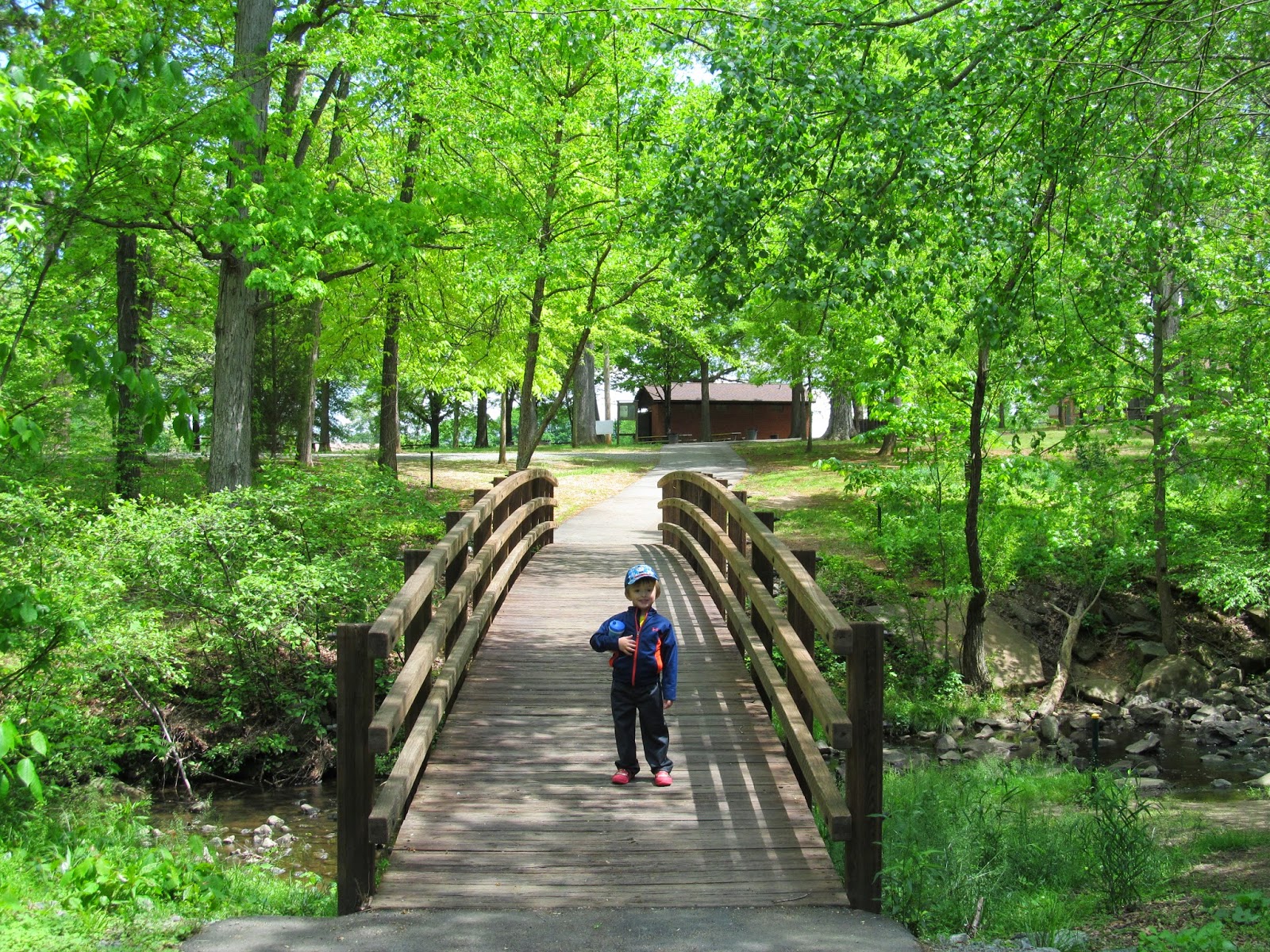 Zach decided he wanted to cross it by hopping on the rocks. 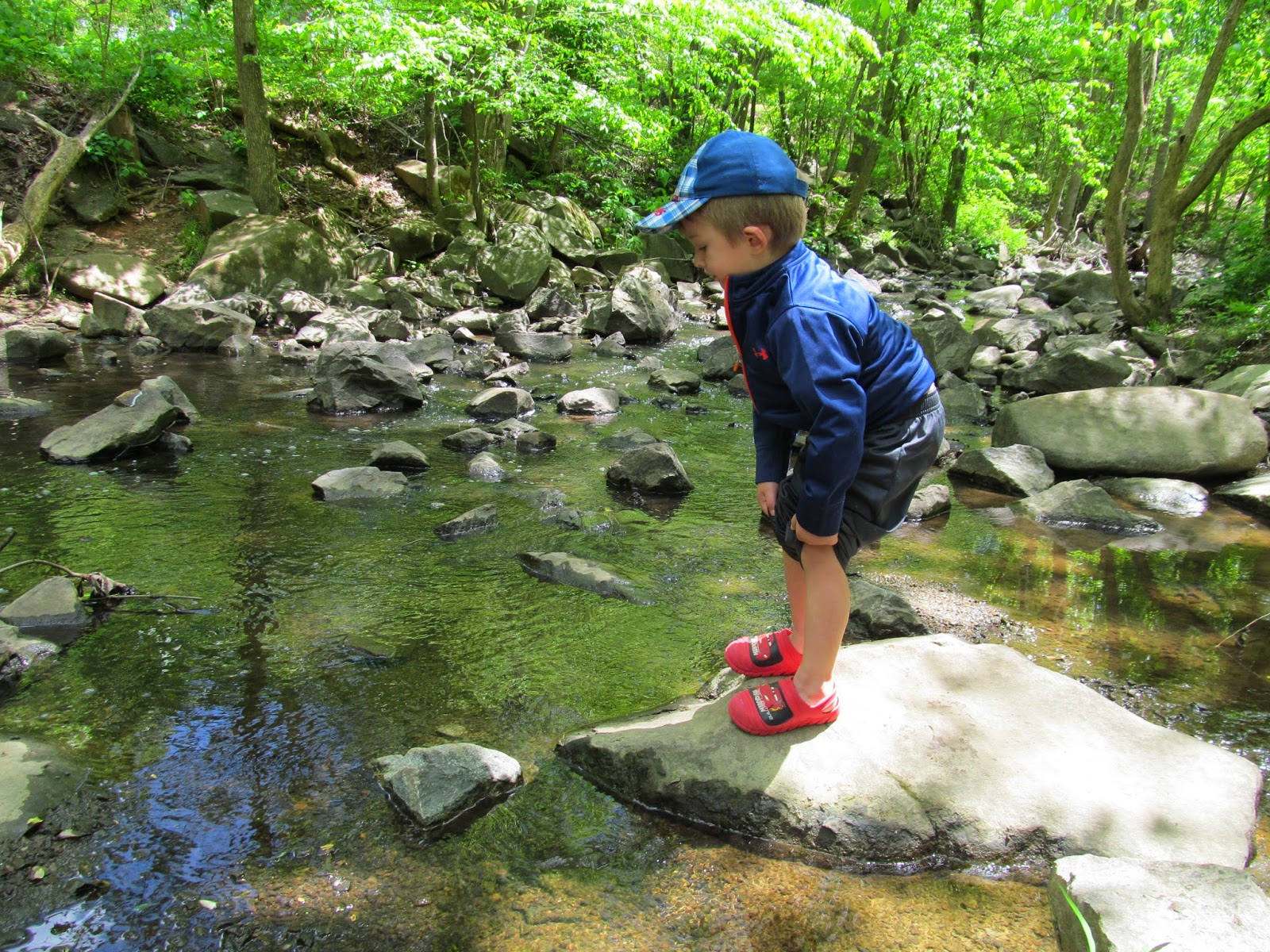 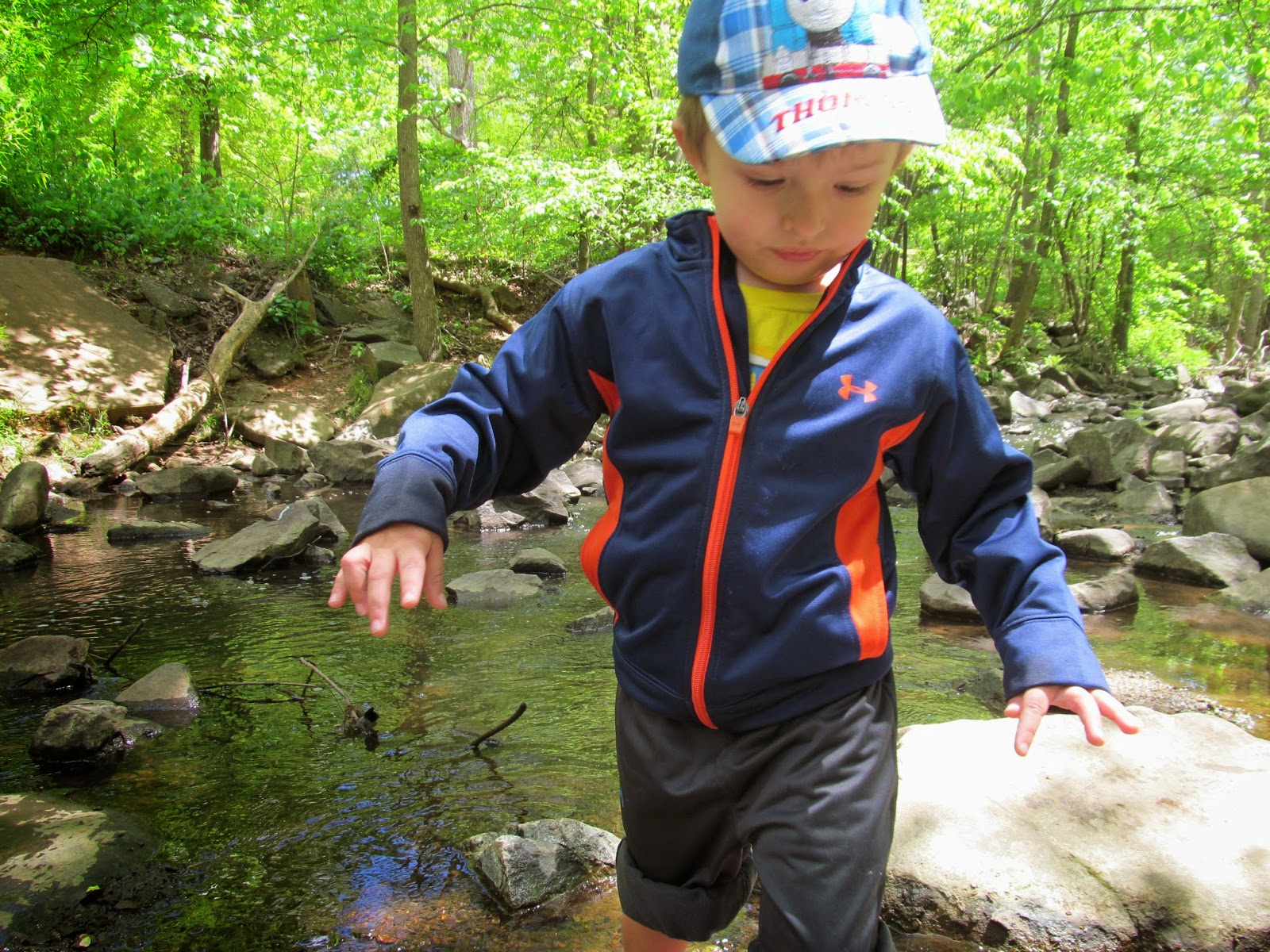 Trouble is, the rocks weren't all that big or steady or in the right spots for crossing so I suggested that he just roll up his pants and use both the rock and feet-in-the-water methods.  He loved it.  He crossed twice, and wanted to go for it again, but I didn't want to chance his slipping so we got ready to leave.  He had to be somewhere at three anyway. 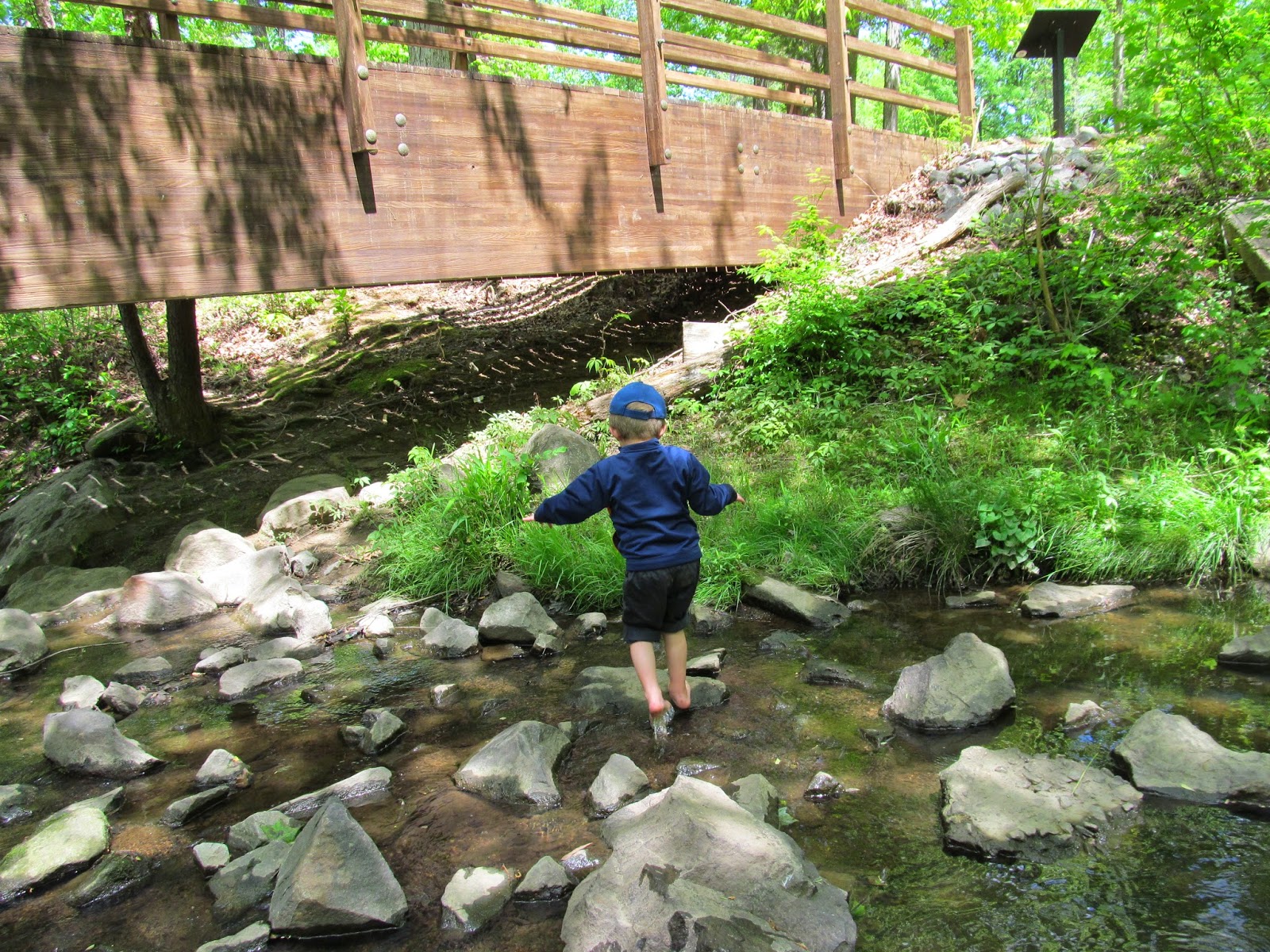 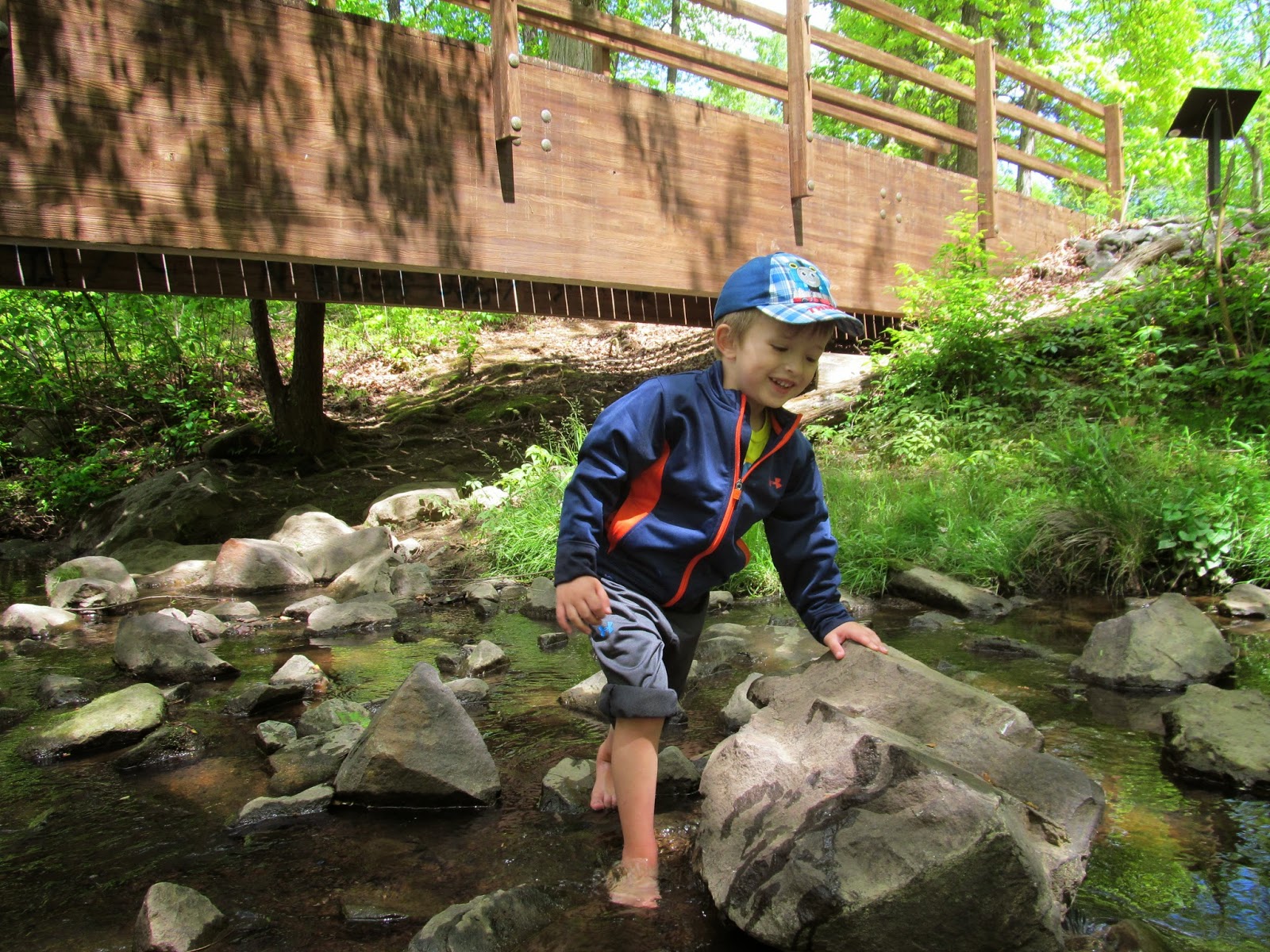 We made a quick stop at Blessed Sacrament so we could show Bagel the outside crosses.  He was impressed! 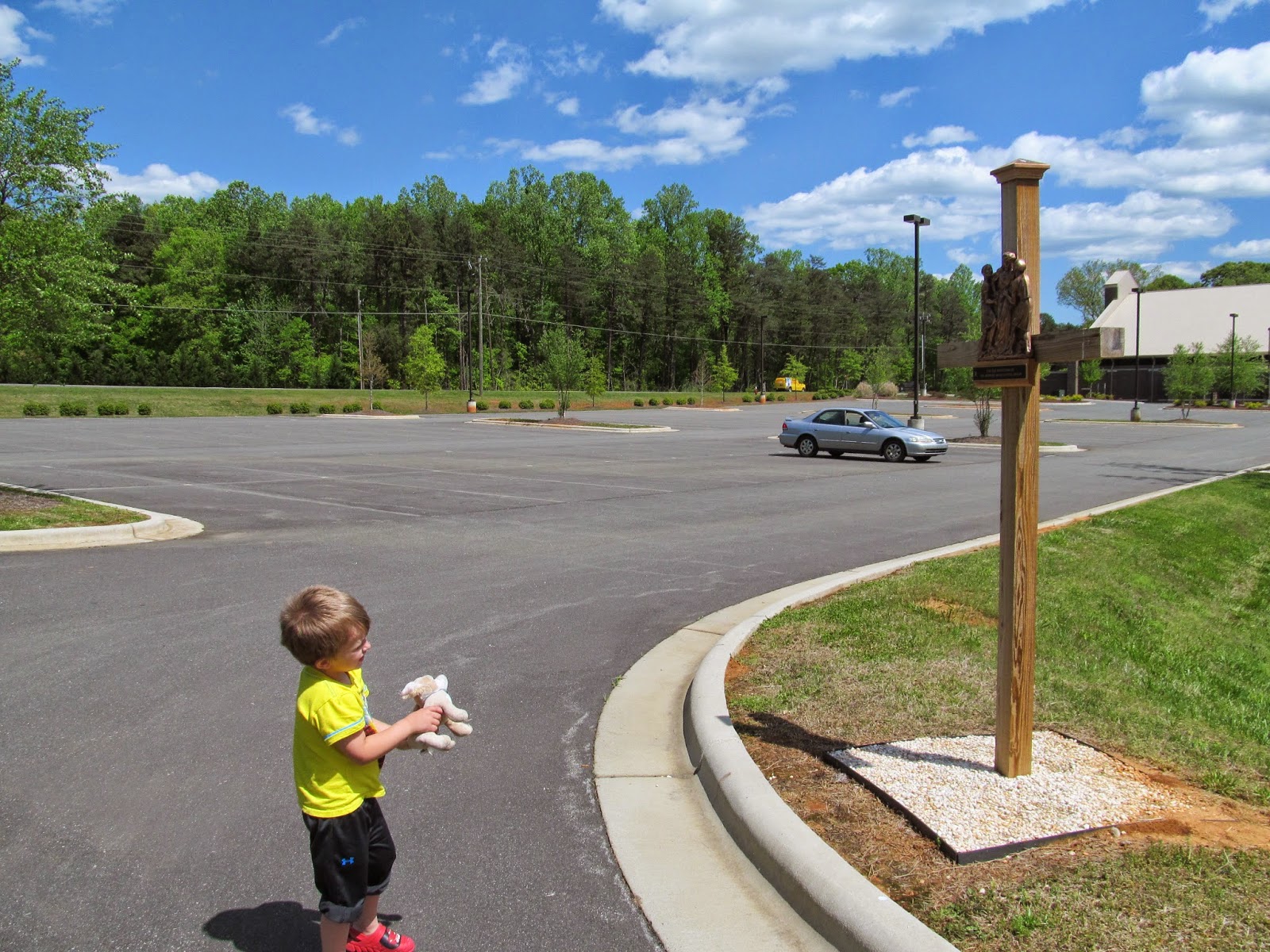 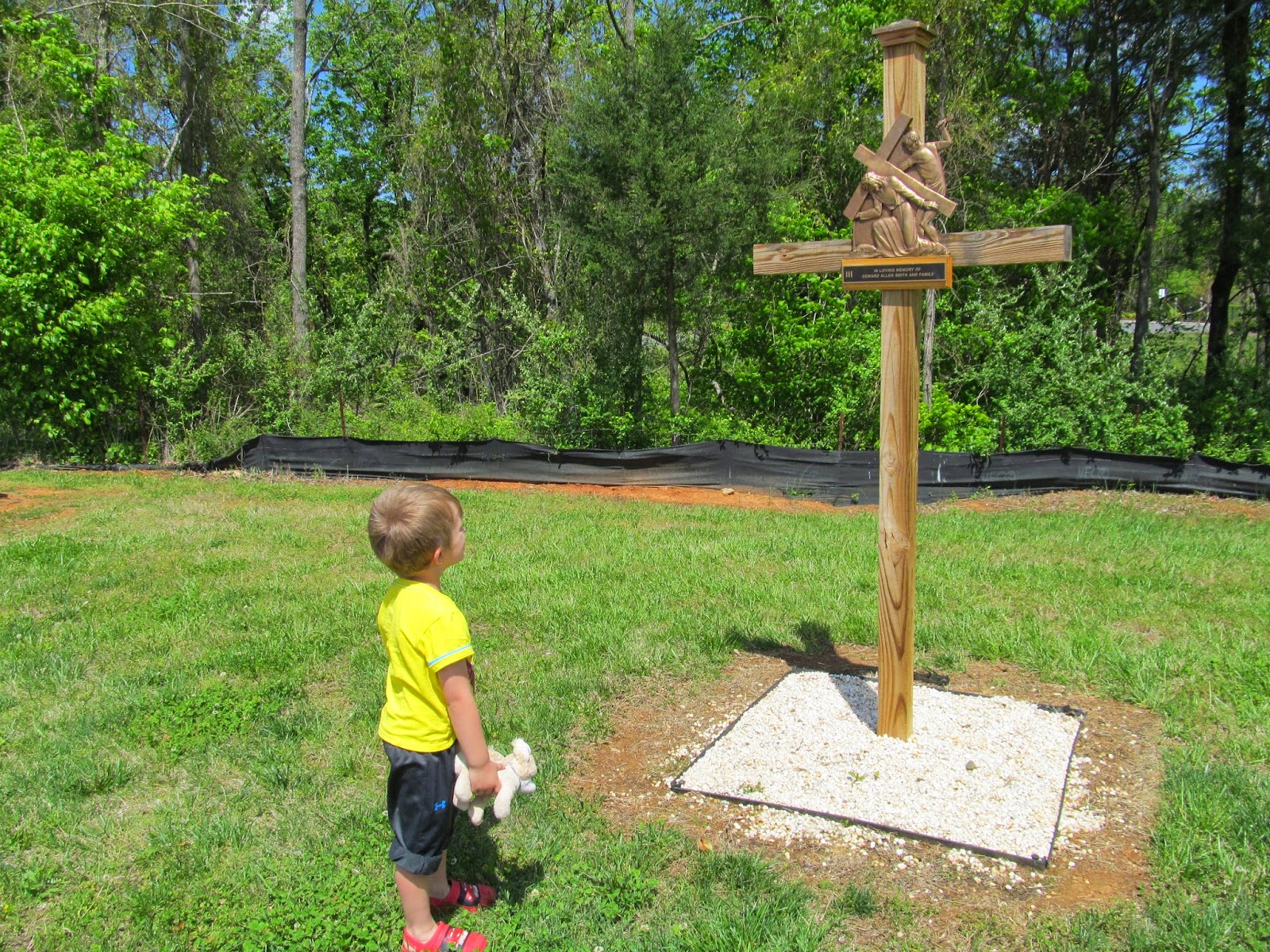 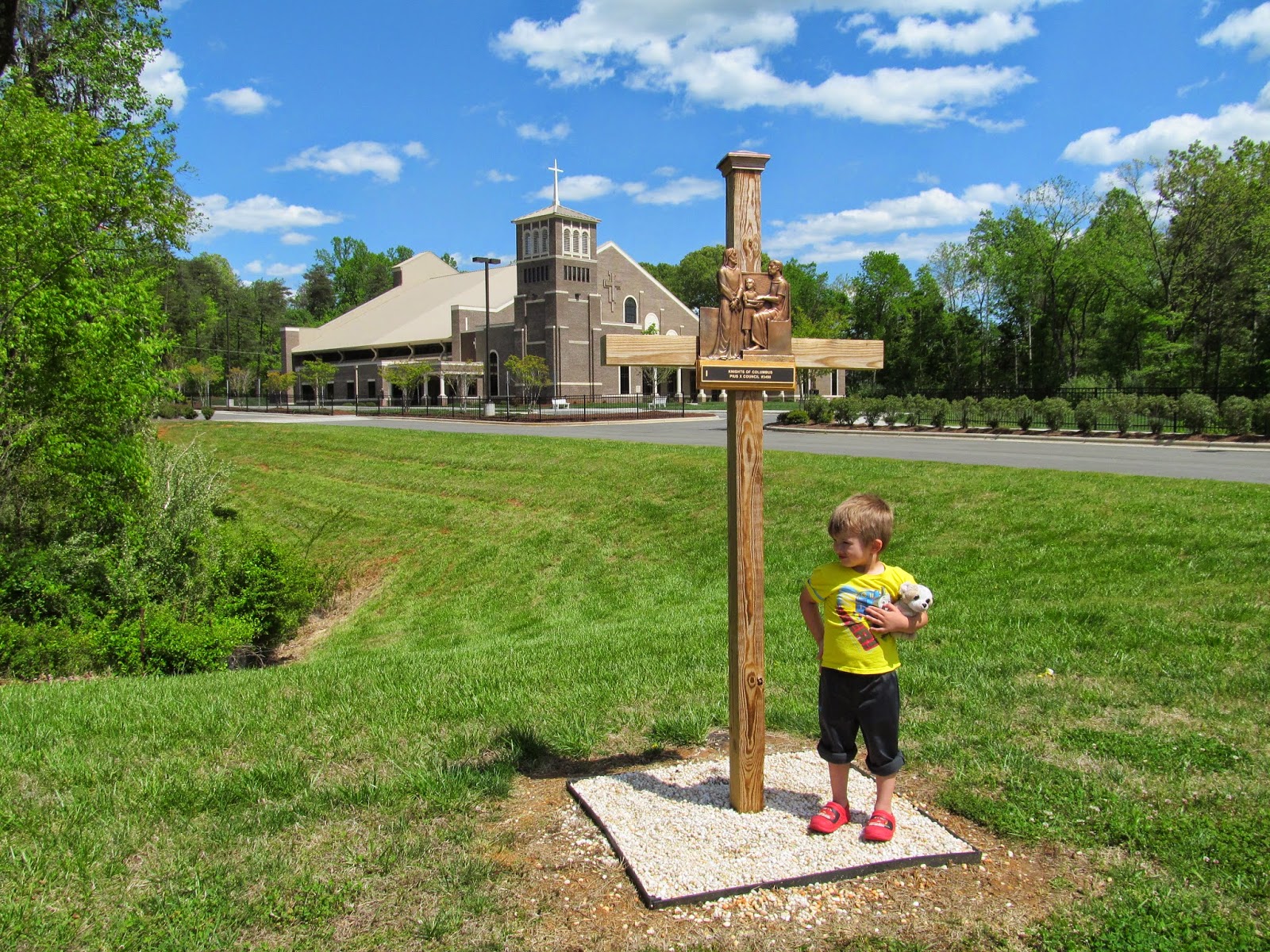 This afternoon at the park, I watched Zach motion my way and introduce me to his new sand-box pals as "my craziest friend, Susie." Little stinker.  :)
Posted by Susanne at 8:30 PM 4 comments:

1 -- watched Zach and Sophie some

3 -- Zach and Sophie to the mountains; bunch of errands, read at the park

6 -- Zach at my house - read and played outside

9 -- saw Steph and Michael at the library while there with Zach; to museum with Zach 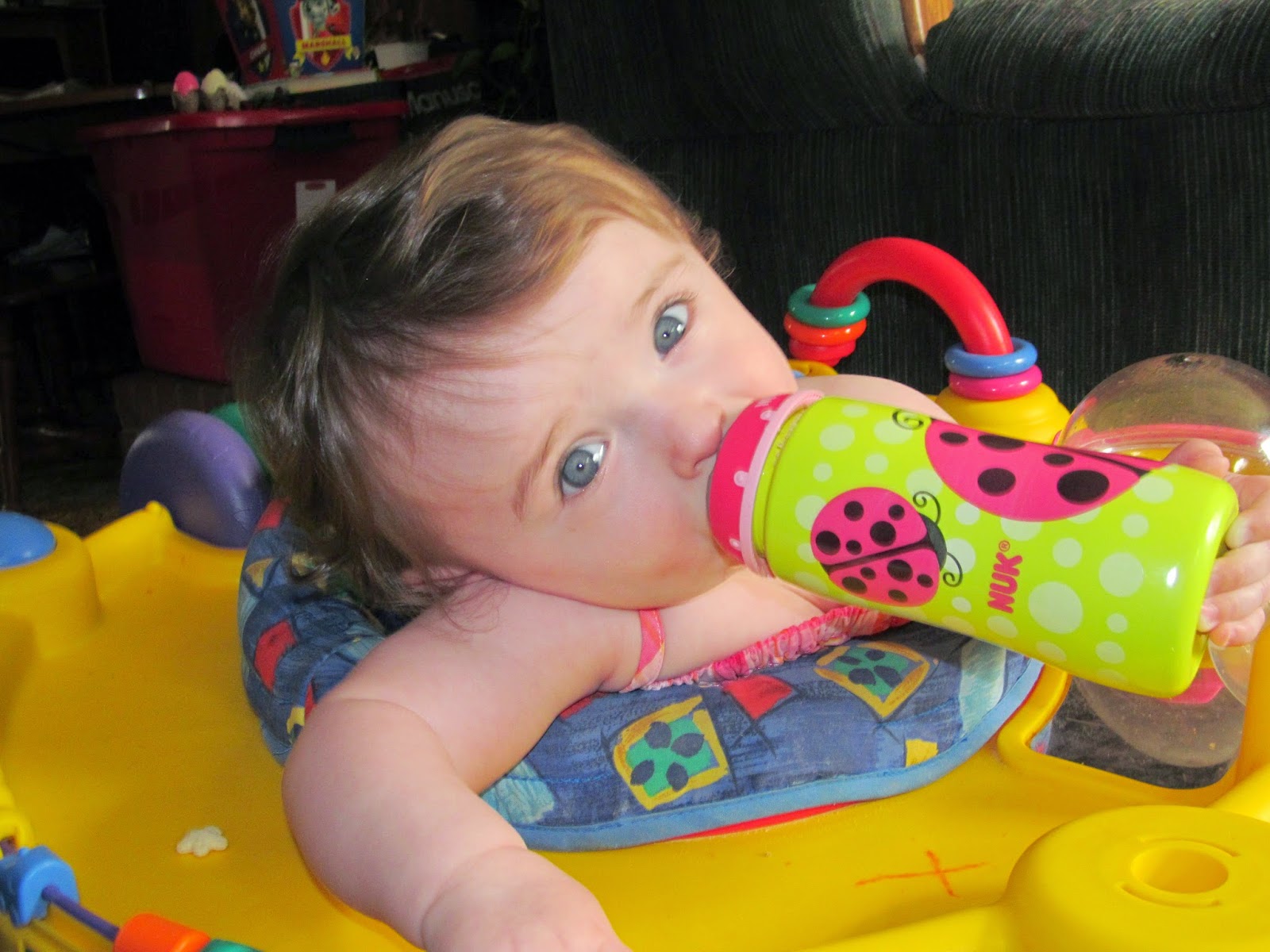 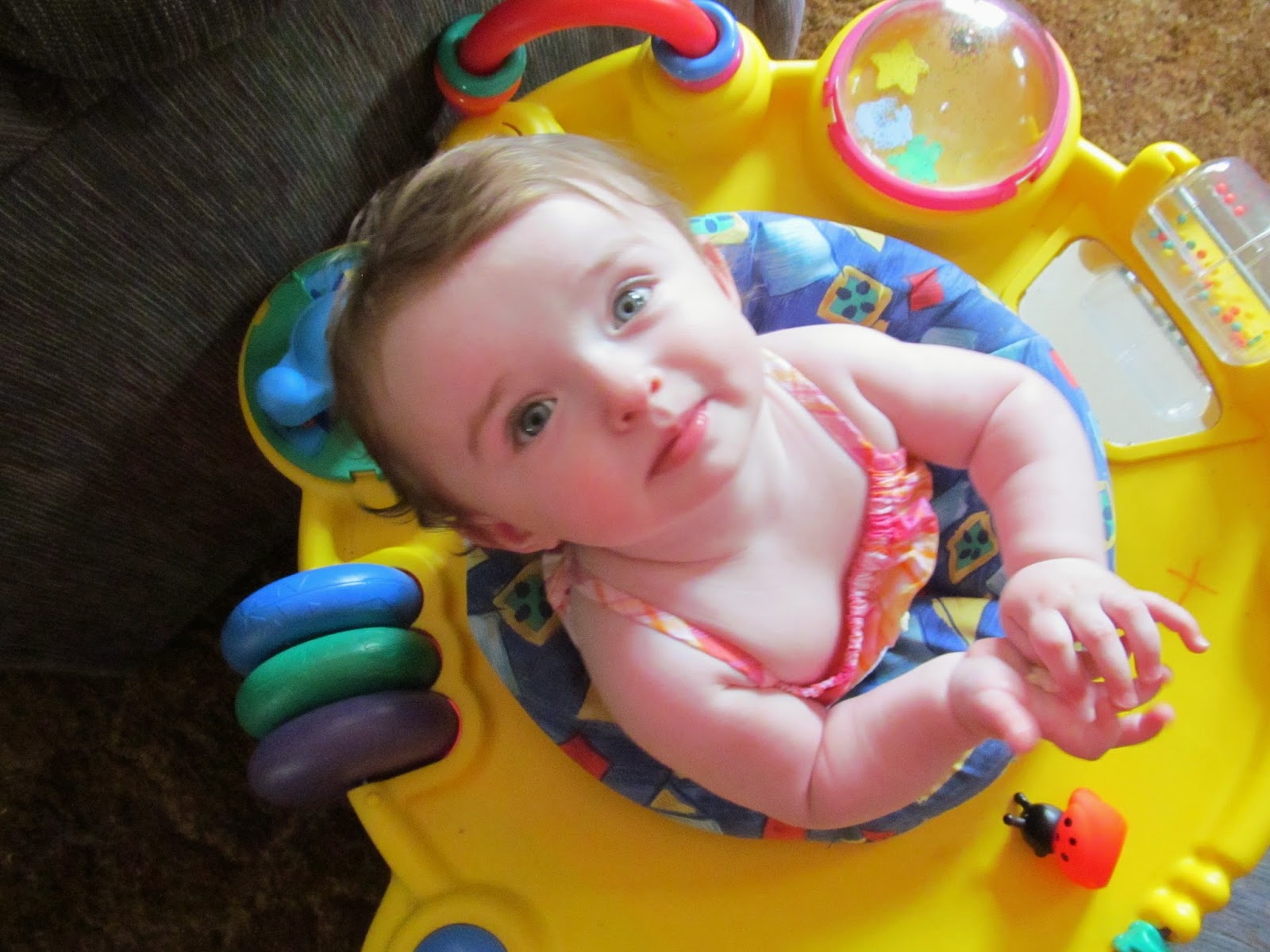 11 -- model trains in Mebane and Tanger playground with Zach

14 -- to the Graham library with Zach and Bagel; Zach and Sophie to the mountains with Papaw Tony and Grammy Lisa


15 -- car inspected; helped Sally at the food pantry at the mall; Gilbert Blythe died at age 48 (okay, the Canadian actor who played that character)
Posted by Susanne at 5:53 PM 4 comments: