The Alice Network by Kate Quinn -- a great book and a fun way to learn about female spies; Charlotte St. Clair is in Europe with her mom; they are headed to Switzerland to take care of Charlie's "Little Problem," but before they make it out of England, Charlie abandons her mom to look for a person whose name she has in connection with her beloved missing cousin. Evelyn Gardiner is an old, drunk, crotchety woman with secrets. She and Charlie and Eve's handyman Finn head to France in search of Rose and René, a terrible sort from Evelyn's spying past (World War I).  Anyway, I enjoyed this book. It's funny and historical and gruesome altogether.

Together Forever by Jody Hedlund -- book 2 in the Orphan Train series; This book focused more on the middle Neumann sister, Marianne, as she goes on an orphan train as an agent who helps find families for the children along with her co-agent Andrew Brady.  Decent book.

The Dry by Jane Harper -- Another good story by this Australian author!  I read her second book first, and knew there was an earlier book since the main character, Falk, had an issue with his hand that made me believe it was injured in book 1.  In this story Aaron Falk returns to his hometown for the funeral of a friend. Well, he would have skipped it since he and Luke hadn't been good friends in years, and he hated the memories associated with home, but Luke's father sent a cryptic message demanding Aaron be there. Aaron joins the local police in looking for a possible other reason that Luke, his wife, and their 6 year old son were brutally killed. Was it a murder suicide or something else?

A Conspiracy in Belgravia by Sherry Thomas -- Book 2 in The Lady Sherlock Series; Charlotte Holmes and Mrs. Watson look for clues in the disappearance of Lady Ingram's first love, who happens to be Charlotte's illegitimate half-brother, Myron Finch. A cute book.

Crash & Burn by Lisa Gardner -- The library has a lot of her books so I'll probably read more of them soon. This one dealt with a lady, Nicole Frank, driving over a steep ravine in the mountains of New Hampshire. She survived, but is looking for her missing girl, Vero.  Nicky has had three concussions in the last 6 months and with these brain injuries, memories have surfaced on her time at "the dollhouse" where she lived in a house that catered to wealthy men.  A mystery; pretty good story.

The Risen by Ron Rash -- Two teenage brothers met a girl from Florida swimming near their fishing hole one summer years ago.  After falling under her spell (so to speak), they begin supplying her with samples from their grandfather's medicine cabinet (he's a doctor) and alcohol.  Years later, Eugene reads a news article about Ligeia's remains being found buried along a creek, and he is stunned since Ligeia supposedly left on a bus for Miami all those years ago. The story goes between then and now times; a decent book.

The Ballad of Tom Dooley by Sharyn McCrumb -- a great way to learn more about the rascal Tom Dula and the women of Wilkes and Watauga counties: the Foster cousins, Ann Melton, Pauline Foster, and Laura Foster who was murdered. A pretty good story.

My Grandmother Asked Me to Tell You She's Sorry by Fredrik Backman -- A pretty good story about Elsa and her Granny who leaves Elsa clues for a treasure hunt when she dies. I didn't always appreciate the fairy-tale aspect of half the book, but started enjoying it better when I realized who the characters stood for.

The Saving Graces by Patricia Gaffney -- Told in the voices of the four ladies making up the close-knit group "Saving Graces," Isabel, Emma, Rudy, and Lee introduce themselves and their struggles.  I admit that one aspect of this book hit a bit hard as I have a dear friend struggling with quite likely the last stages of ovarian cancer (today - December 17 - is her birthday, in fact). A pretty good book.

Alone by Lisa Gardner -- I've been enjoying these crime thrillers and hope to get more. This one deals a lot with Trooper Bobby Dodge who also is a sniper. When he kills a man who appears to be threatening his wife and child, his life gets turned upside down. I read most of this book while we took Sophie back to Spring Creek today (12-19). It's a fast-paced, easy read.

Reconstructing Amelia by Kimberly McCreight -- Kate is distraught when her daughter supposedly committed suicide by jumping off the roof of her elite school, but an anonymous text gets her looking into her daughter's life. This was an interesting book, but left me sad that teenagers are treating each other in such ways. A good book, though.

The Hollow of Fear by Sherry Thomas -- book 3 in The Lady Sherlock Series; a rather cute series, and definitely better if you can read the books in quick succession since, otherwise, I have trouble remembering aspects from previous books.

Touch & Go by Lisa Gardner -- another crime thriller; Part of the book is Libby narrating the story of her family's kidnapping after date night with her husband (who is trying to "do better" after being confronted for cheating); a good book on this Christmas Eve

Family Pictures by Jane Green -- Sylvie has a great marriage - when her husband is in town.  Those two or so weeks per month when he's traveling for work, it's actually really hard to get in touch with him. Sylvie tries not to think about it too much, but there is sometimes that niggling fear that he is with some other woman.   Maggie lives on the East Coast - in Connecticut, in a nice house. Her husband, too, travels quite a bit. One day these two women meet and, well, this is a rather good book. I may look for others by this author at some point.

Girl Unbroken by Regina Calcaterra and Rosie Maloney -- "A Sister's Harrowing Story of Survival from the Streets of Long Island to the Farms of Idaho."  My mom and I both read Regina Calcaterra's memoir a couple of years ago, and what a story! There have been hints since then that her youngest sibling, Rosie, would write her story. Rosie and her brother Norm - the two youngest children of Cookie (mom) - were the only children taken to Idaho by Cookie and her then boyfriend. The older girls had left the hellhole home at this point, but Norm and Rosie were still rather young (12 and 9, respectively.)  Rosie's story is worth reading as well. Makes you appreciate good family and friends, school and church workers and neighbors who look around, take notice, encourage, LOVE, feed, clothe you.  And it makes you appreciate good foster families of which I know several.

Hide by Lisa Gardner -- An underground chamber is discovered on the grounds of the former Boston State Mental Hospital. In it, are the wet mummified remains of four girls who died decades earlier. Another D.D. Warren, Bobby Dodge crime thriller.

And with that, another year of reading ends. May the stories continue. 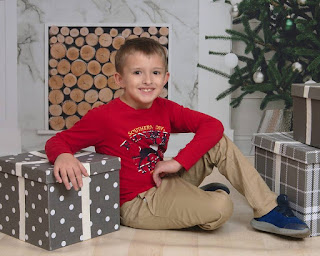 When Sophie came for a visit recently (post-hair cut), I made a big deal about her looking so good with her shorter hairdo.  She was hoping people would notice - and like it!  She does.

She's wanted bangs like Nana for awhile. She made me chuckle when she pointed to the part that drapes her forehead now, and said with some emphasis: 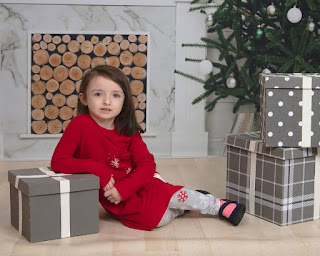 Her long hair was pretty, but got so tangly and she would cry when you'd try to comb it out. Quite frankly, I couldn't comb the tangles out; they were terrible. And listening to her cry was even worse.


Zach is 7; Sophie is 4 (and over a half for each of them since they have spring birthdays.)
Posted by Susanne at 12:29 PM No comments: