I was nearly at Aldi around noon today when I got a call from my mom. Usually we text so I figured she had more information she wanted to share than she had time or inclination to type. 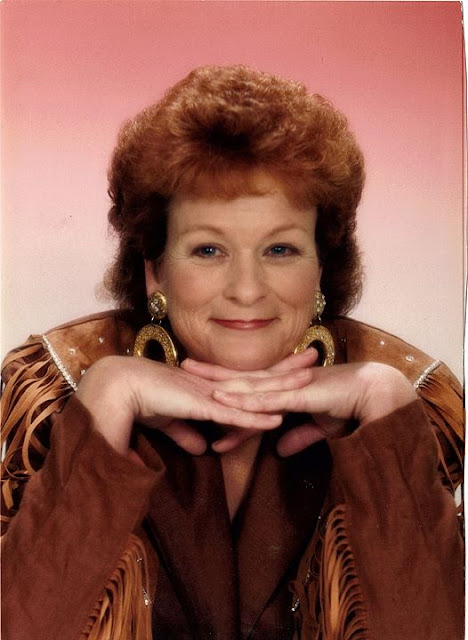 Unfortunately, it was the sad news that my dad's sister, my aunt Dorothy, had died while at the dentist this morning. She was a few weeks shy of 71. 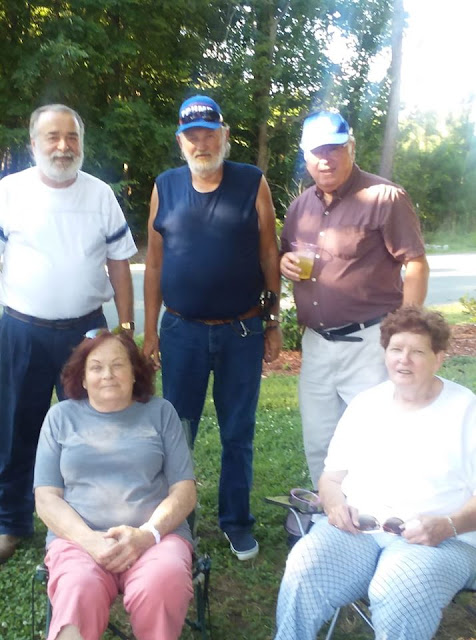 I don't know all the details or even if this part is correct, but what Mama told me is that Dorothy was in the dentist chair, said she couldn't breathe, then had a heart attack. They tried CPR, but couldn't bring her back.  (In all this, I feel so bad for the dentist staff as well...that had to be so hard for them!)
Hard to believe my aunt is now with Christ! I was with my dad on Monday when he called her and I heard her because my dad likes to talk with his phone on speaker sometimes. I'm glad of that now since I was able to hear her. She was frying squash, and they chatted about 5 minutes or so.
My dad checks on his siblings nearly every day - whether by a brief call or text. 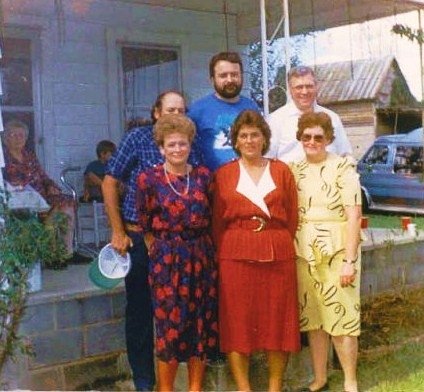 The officer who came to my parents' house - after first calling - said that they found my dad through Dorothy's cell phone contacts, and he looked to be the one she chatted/texted with the most. And the one who said "I love you."
Indeed my dad got to looking at their last texts - which were from last night, and Dorothy ended it with an "I love you," and he replied the same. 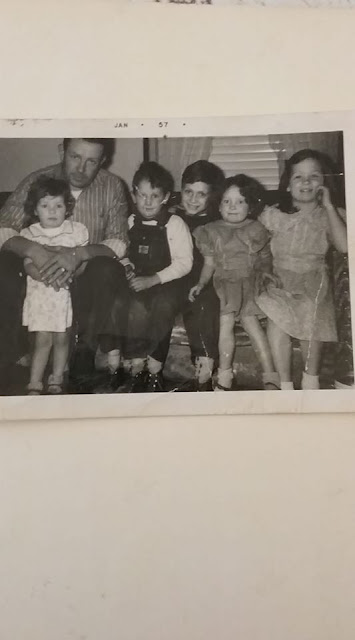 My aunt was widowed several years ago, and my dad made sure if she didn't have food that day, he'd drive to her house with food! He'd have my mom fix her things, he'd fix her things, he'd take candy and ice cream. I remember he said she really enjoyed butter pecan. And also Tootsie pops (suckers).
She had just been at my parents' house, in the driveway, yesterday as my dad had some food for her. She'd even bought a watermelon for herself and brought half for my dad. She text to tell him she made it home safely, and later that night that it was lightning. Those were among their last words to each other.
Little did anyone know, within 10 hours or so, she would be gone from this life. 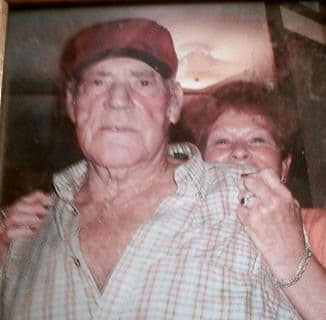 I've comforted myself today thinking of her happy, pain-free, welcomed to heaven by her loving grandparents and husband, Bobby - who called her "Red." They both were red heads, but I remember Uncle Bobby calling her Red. 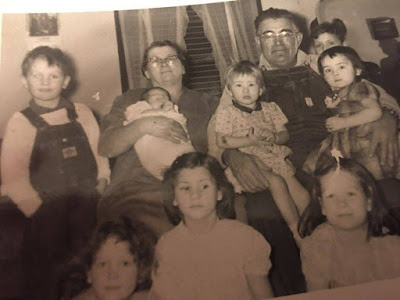 I have probably posted some of these pictures before, but I wanted to share them again, on this post dedicated my aunt, Dorothy, on her Home-going day.
I updated my Ancestry family tree and it was really somber adding her to it, and having to add 31 Jul 2020 as her date of death. 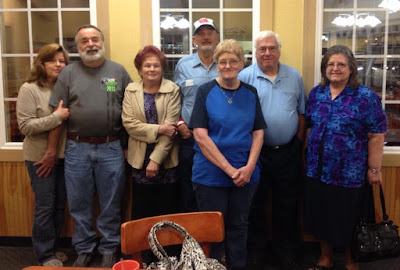 2020 continues to be a tough, tough year.
( I was going to caption some of these pictures, but Blogger has changed and made it so much harder to add pictures or captions. Thanks, Blogger!)
Posted by Susanne at 6:28 PM 2 comments:

July is upon us! What a year so far!


Letters From Home by Kristina McMorris -- a decent story about several young people during World War II - it actually had about 4 main characters - Liz who was asked to write a letter for Betty who ended up joining the WAC; Morgan who went to war with his brother Charlie, and Julia who was torn between an internship and marriage.  Not my favorite story, but parts of it were interesting if not a bit predictable.

Come Home by Lisa Scottoline -- I think I've now read all of the fiction books that this author has written. My library had them all. In this one, Jill Farrow, a pediatrician, is involved with her former stepdaughter's father's death. The former stepdaughter thinks her dad was murdered, but Jill is skeptical. Abby asks Jill for help which causes Jill to delve into her ex's life, and it's pretty exciting. Good, fast-paced book.

The Split by Sharon Bolton -- I enjoyed learning a bit about ice (glaciers) as part of this story takes place on South Georgia, where Felicity Lloyd has taken a two year assignment with hopes that her ex-husband, Freddie, won't find her in that remote Antarctic island. The other part of the story takes place "nine months prior" to the earlier chapters when Felicity is attending therapy sessions with her therapist Joe, back home in Cambridge. Pretty good story; a bit different.

The Most Dangerous Things by Laura Lippman -- five neighborhood children in Baltimore had fun together for a short time in their youth, but then something happened that no one wants to talk about. This book is a mix of voices from the children (now adults), their parents, and flashbacks to what happened that summer when everything changed.

You and Me and Us by Alison Hammer -- Alexis and Tommy head to Destin, Florida, with their daughter CeCe soon after Tommy's cancer diagnosis. He wants to spend his last summer in the place where he grew up, and where he met Lexie all those years ago. I knew this would be a sad book from the get go as it addressed two of my biggest fears in life: letting go of a beloved parent and partner in life. Pretty good book.

(So, I recorded this book last night - June 14 - and woke up to shocking news that a high school acquaintance/Facebook friend died yesterday. He had had surgery recently due to his Crohn's disease, but he posted a few days ago that after 14.5 days, he was headed home. He was so excited to see his 8 year old daughter and wife again. He had mentioned his daughter really missing him. And now he's dead and Lacy is without her father in her life and Jennifer is widowed. I have cried off and on all morning. Tommy wasn't a close friend, but he was well-liked and caring and I enjoyed his Facebook posts. My sister and her family went to church with him all these years, and he was always cheering on the church kids. In recent years he'd even taken on the role of getting the Christmas program planned since the older lady who had done that for years wanted to step down. He was the librarian at a local public high school in the "bad" part of town, but you never heard those words from him. He loved his "kids" there and like most of the rest of us, hated that this school year ended without proper goodbyes and rites of passage. He will surely be missed in so many places: home, church, school, community.)

Unyielding Hope by Janette Oke and Laurel Oke Logan -- Lillian Walsh is preparing to follow her father to Wales after the death of her mother, but she gets sidetracked when a solicitor tells her that her birth parents' estate needs to be settled - and that her sister whom Lilly thought dead for years is alive! After tracking down Grace, the sisters help children who had been taken from England to Canada, and had less-than-ideal experiences with those who were supposed to make these children, family.  A decent story.

The Book of Lost Friends by Lisa Wingate -- an ok book about a formerly enslaved woman Hannie who ends up following her former mistresses' daughter and their adventures. That part was OK. I liked the modern part with Benedetta's struggles to teach her students in a low-income area of Louisiana, and how the past and the present(ish) came together. Not my favorite of hers, but good enough to keep me reading to the end.

Being Known by Robin Jones Gunn -- book 2 in the Haven Makers Series; this one focused more on Jennalyn, mother of 2 young children, whose husband Joel is super-busy with his restaurant. An easy read; good reminder of the importance of friendships.

Death of an American Beauty by Mariah Fredericks -- I've read a couple others of her books about the elderly Jane Prescott, former ladies maid who saw things and solved mysteries in her younger years. This one took place when Rutherford's Department Store was getting ready for its yearly Miss Rutherford's pageant (thus the American beauty part of the title.) These are easy reads, and pretty cute books.

Miss Austen by Gill Hornby -- I wasn't sure I'd finish this book by the end of the month, but I did with a few hours to spare! This book focused on Jane Austen's sister, Cassandra, though Jane was featured as Cassandra reflected on their years together. Pretty good story.
Posted by Susanne at 7:10 AM 1 comment: