Here are a few family pictures that I wanted to save in case my computer dies.  Most of these I acquired only recently from cousins across the USA.

This is my great-grandfather, Edgar Allen Truax's family.

His parents are Charles Sylvester Chilson Truax and Jessie Margaret Wilkinson Truax, originally from the Midwest (him - Minnesota; her - Iowa).  He died in Iowa whereas she lived nearly 35 more years, and died in Los Angeles where several of her children and grandchildren lived by then. 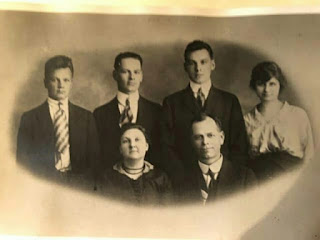 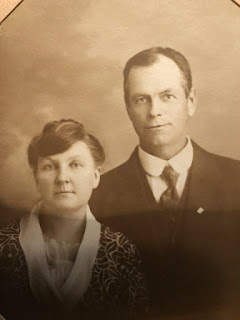 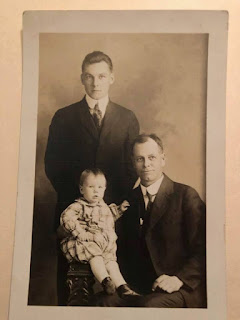 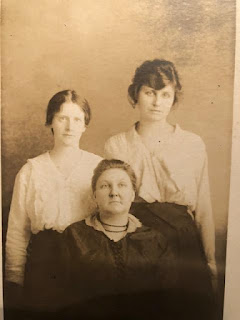 Jessie Wilkinson Truax with her daughter in law, Mae, and daughter, Esther  (R) 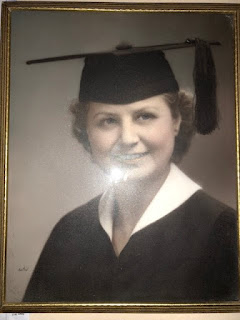 Jessie Wilkinson Truax's mom, Elizabeth McDaniel Wilkinson, and her grandson, Lafe, in 1900.  She's my great-great-great grandmother. Born 1836 in Missouri. Died 1905 in Minnesota.  I am not sure about Lafe just yet. 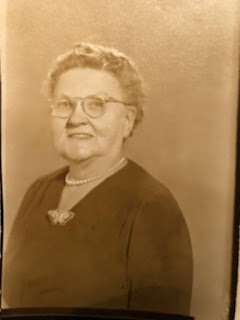 This is Jessie Wilkinson Truax around 1950. 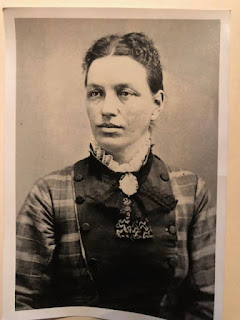 Undated picture of Laura Murray Truax, mother of Charles Sylvester Chilson Truax.  Born in Ohio in 1839, and died in Minnesota in 1910. 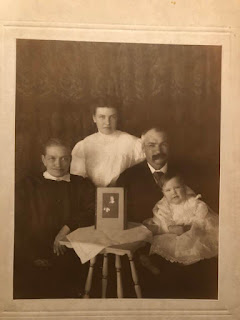 As a cousin wrote on our Truax Family Roots Facebook page:

She's fifth from the right on the front row


She's to the right of the little girl. 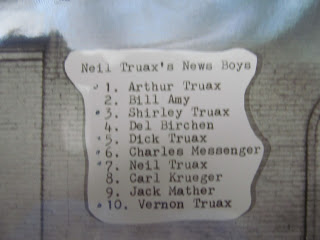 The two final pictures were shared with me by a couple of Wilkinson ladies whom I met through Ancestry DNA matches.  I've met a few new cousins that way!
Posted by Susanne at 4:46 PM 1 comment: