I noticed I had several cute pictures of Sophie on my hard drive, and I'm not sure if I ever shared them here or just maybe on Facebook.  Figured I'd post them here as a Collection of Sophie Pictures Post.


First, here is one that Sophie's grandpa shared on Facebook of him with Megan, my sister in law.  You can decide if Sophie favors her mom (or papaw).


In no particular order... Sophie in snapshots and studio pictures! 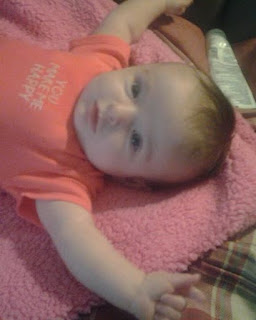 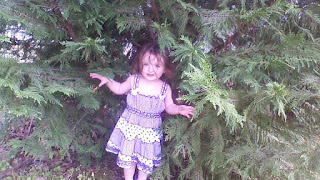 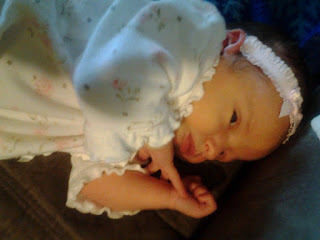 I sure love my Sophie girl!
Posted by Susanne at 5:58 PM 1 comment:

With Melania Trump in the news because she spoke at the RNC last night and, well, because she's married to Donald Trump who is unbelievably still to me The One destined to be the Republican nominee running against Hillary Clinton, I have seen stories on my Facebook feed about Slovenia, and Melania's hometown, and even Slovenians in Ohio (where the Republican National Convention is taking place.)


This reminded me of my brother in law, Will whom I've written about previously (probably more than once, but I don't have time to search my archives right now.)  Not because Will is Slovenian.  He's actually from Venezuela, but he has a Slovenian last name due to his aunt marrying a man from Ohio with a Slovenian last name.  Mari and Wayne adopted Will when he was about fifteen so he could live with them in the United States.  Will had a Spanish last name before the adoption.

I still sometimes marvel at how last names tell us about our heritage to some degree, but not always especially in the case of adoptions.  And unless you are some kind of genealogist who looks at who married whom or who didn't even marry, but passed along her last name to her children,  you only really have part of the picture because we forget that Prudence Cooley Truax's mom had a last name not passed down to her. So, what was it?


I ordered one of those Ancestry DNA kits recently when Ancestry.com had a sale around July 4. They are probably pretty bogus in reality  (or, at least articles on Facebook tell me so...boo), but it's something I was curious enough about doing that I finally bought one.  And I'm not one who buys stuff for the sake of buying things usually.   I'm not a paid subscriber to Ancestry.com, however, so I can't open up all the cool records.  They did invite me to begin a family tree, and some "hints" were open for me to view.  I enjoyed that.   Especially stuff like this which I hope to see more of one day.  (Maybe I will subscribe one day and read all the stuff!)


Daniel Truax is my beloved Pop (my mom's dad) who died four years ago. I find the Scotch race/nationality interesting. Not sure what to make of it since the family was from the United States, and Truax is a French last name.

Also, I knew he was born to missionary parents in China (his mom is actually buried there; died at age 29 after having a daughter), but didn't realize the family traveled back to the US when he was so young.


From the Fuqua side, I found this picture of my dad's grandfather. I had seen it before, but didn't have a copy that I remembered (or if I did, I can't remember where it is) so I wanted to put it here.  My brother got this grandfather's full name. My dad adored this man who raised him when his own parents divorced.