In chapter 1 of Journey Into America, Akbar Ahmed speaks of the way Charles Darwin's "survival of the fittest" has influenced American life.  Recalling to mind that it's not the most intelligent or strongest who survive, but the one who is adaptable to change, he reminds us "those who succeed in the competition to survive are said to be the 'favored races.' ... [and] if the favored races are defined by a certain religion, language, and culture these will be imitated, preserved, and passed on. 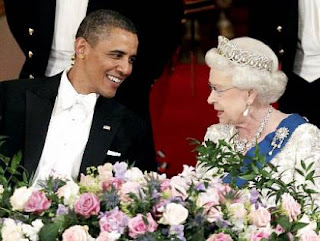 Because in America the English - and later by extension the white race - emerged on top in the competition, their characteristics have become the standard. ... In time, all others- African Americans, Mexicans, Native Americans, and Asians - were forced to imitate the dominant ethos if they wished to succeed."  He uses President Obama as an example. Despite his "dark skin" and "Muslim father from Africa," he has for the most part sounded and behaved like "other politicians from the dominant white race."

"A DEBILITATING TENSION BETWEEN DARWIN AND JESUS"

Mr. Ahmed says this tension lies at the heart of what defines and motivates American identity. Since Darwinian thought and Jesus' teachings are "diametrically opposed," they "cannot coexist simultaneously in one society without causing severe friction."

Think about it.  And think about Native Americans and other groups as you compare the two.

Darwin "represents adaptability and survival" and "acknowledges that those who cannot adapt will not - indeed must not - survive."   It's a struggle to survive and "the ruthless will to succeed, strength, speed, stamina, and force determine success. In turn, success generates pride and arrogance, the chauvinism of being on top, and a belief in the superiority of the dominant group." 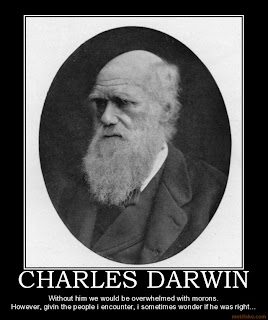 Jesus' teaching of compassion and love for neighbors and enemies should motivate true followers to reach out to all people especially the "least privileged members in society" who often need the most help. Think of the people Jesus came to serve: basically all types!  Tax collectors, women, soldiers, fishermen, prostitutes, religious men like Nicodemus, ordinary people, children!  Even nonJewish people were not excluded from his help!

Yet why do we - who sometimes insist we are a "Christian nation" - act more like we follow Darwin with all the pride and hurtfulness that purifying the world of all the "bad races" involves instead of Jesus? I always thought the "Christ" part of "Christian" referred to the Messiah celebrated in the New Testament.  So why the Darwinian outlook in keeping the land pure for white people- Christian white people - Protestant white people?


Ahmed observes: "I have always found American fear and anger surprising.Why should the most powerful people on earth be fearful?  And why should the richest people be angry? If there was more true Christianity and less Darwinian thinking, I am convinced, there would be far more calmness in American social life."

I read this and noted "pg. 26 AMEN!" on my notepad!  Exactly!  Why are we going around fearful and angry? Why do we not live as people of faith and actually do what Jesus did and stop being so afraid and suspicious of everyone? 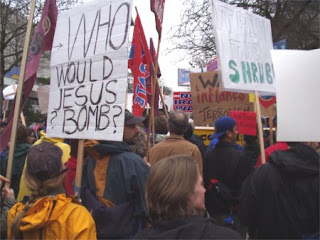 Anger and fear are not good foreign policy motivators!

"Peace I leave with you; my peace I give you. I do not give to you as the world gives. Do not let your hearts be troubled and do not be afraid."  ~ Jesus Christ (John 14:27)

It is a shame that Darwin's ideas have been so misused and misrepresented. There is no contradiction at all between the theory of evolution and Jesus's teachings. Altruism (self-sacrificial care of others) is an evolved trait! Not just humans but many species are altruistic and can be observed putting their lives in danger to save others for example.

Yes, I agree that it's shameful how things can be misused and interpreted to use in a bad way. (Part 2 shows more of this.) The author pointed out in another place in the book how in a Los Angeles meeting with supposed "the most progressive Muslims" in the US, he had a Pakistani guy get up and refer to Jesus as the "first terrorist."

The author is Pakistani himself so I enjoy hearing his perspectives on experiences he encountered here.

Thanks for sharing your point of view! I really don't know enough about Darwin to say if his teachings oppose or go along with Jesus, but I thought I'd share what Ahmed wrote and add my own commentary based on what I see in the US. :)

I loved this post! And I think it is so true, what you've said about the sadness of Americans (Western people in general) being so angry, so afraid of what's "different".

Thanks, Becky. I just see it too much and this fear makes us do questionable things quite often. We need to get a grip on fear and anger dictating our lives!

Interesting post! I too do not know much about Darwin but I think I understand author's point of view and yours.Thanks for sharing!

Can't comment much.I've been tired lately trying to finish a novel and two other books between all that 1001 household chores esp with the holidays just beginning,with having to keep an eye on my three cubs :)

Lat, I just put up part 2 of this post and I think as Sarah wisely mentioned that this thought is a misrepresentation of what Darwin meant. Like Darwin Extreme! I noted that on part 2.

And I really appreciate your comment especially knowing how busy you have been. I'm sure those 3 cubs alone keep you plenty busy! :) Thanks so much for taking time to read/comment. It's always good reading your feedback!